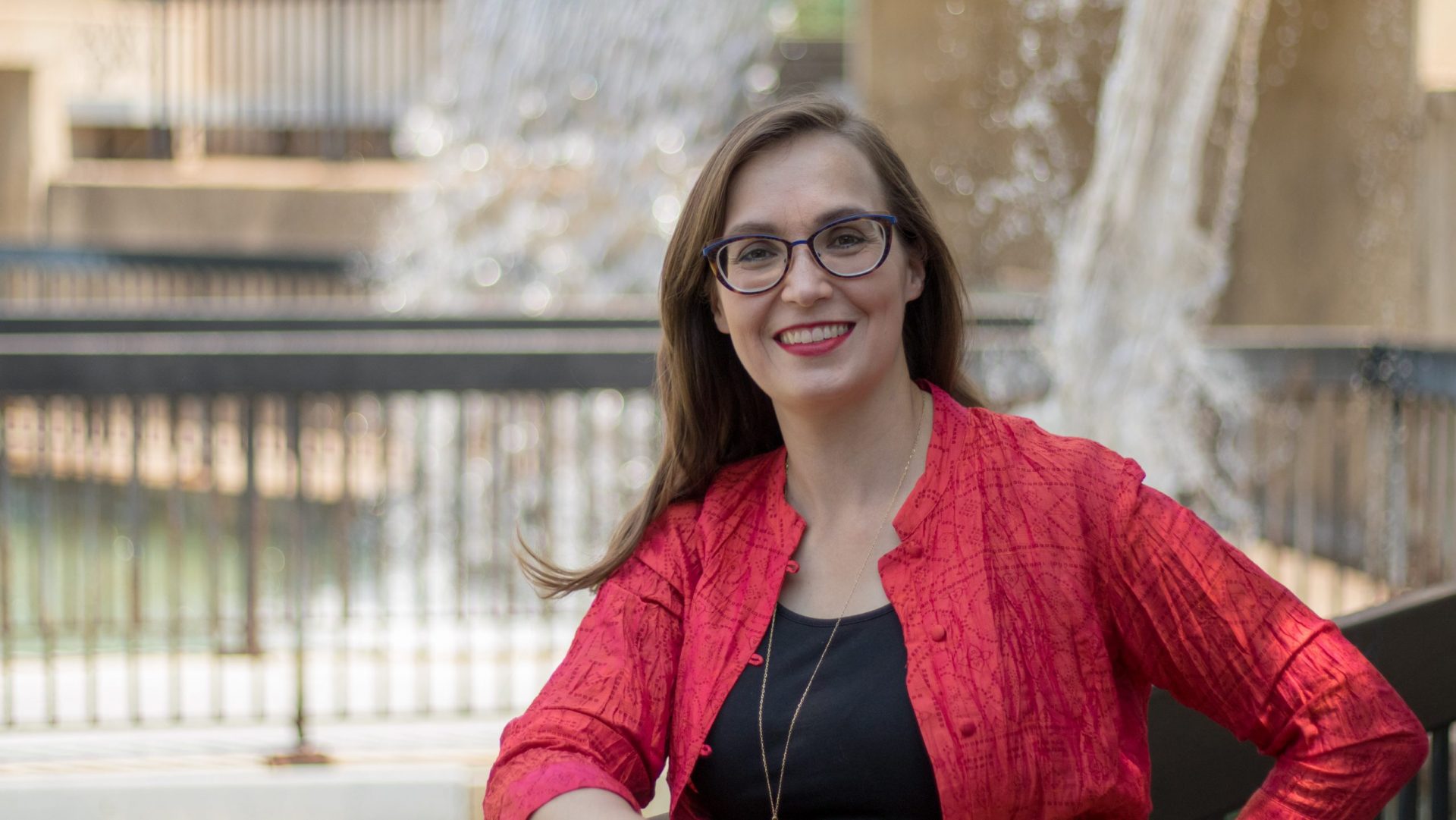 When Megan Pfeiffer left her Kansas home and traveled across the country to study linguistics, little did she know that her passion for music would ultimately overtake her dreams of becoming a gifted linguist and professor.

Megan Pfeiffer Miller completed her undergraduate studies in Music and Linguistics at the College of William and Mary in Virginia. During her undergraduate years, she studied abroad as participant in the six-week Canta in Italia program in Florence, Italy, studying voice, Italian song, opera history, Italian, and acting. After graduation, Ms. Miller returned to Kansas for a Master of Music in Vocal Performance from Wichita State University, where she excelled in her coursework in vocal pedagogy, lyric diction, and music history. During her college years and beyond, Ms. Miller has studied voice with Dr. Vernon Yenne, Dr. Dorothy Crum, Dr. George Gibson, Susann Hagel, and Valerie Nicolosi.

After her master’s degree, Ms. Miller spent three years living in southwest Germany, where she taught voice, cello, and violin lessons. As a performer, she played a variety of supporting roles in musicals at the award-winning Kelley Theatre in Stuttgart, Germany. She also presented classical recitals and performed as a soloist extensively in church settings, including singing Bach in the Stadtkirche in Lutherstadt Wittenberg, a big deal for any lifelong Lutheran.

In 2014, 2015, 2017, and 2019 Ms. Miller was accepted to sing as part of Opera Theatre of the Rockies’ Vocal Arts Festival.  During the festival, she studied privately with Martile Rowland, Amy Maples, and Michael Redding. In 2014, she performed in scenes from Carlisle Floyd’s opera Susannah, André Previn’s A Streetcar Named Desire, and a complete production of Rodger’s and Hammerstein’s The King and I as a royal wife and dancer. And in 2015, Ms. Miller performed the title role in scenes from Offenbach’s La Perichole (the 1956 soprano version), as well as the sandman from Humperdinck’s Hansel and Gretel. In 2017, she returned to sing the title role in scenes from Gluck’s Iphigénie en Tauride, as well as Sister Catharine in scenes from Jake Heggie’s Dead Man Walking. Ms. Miller ended the 2017 festival by singing the Oscar-winning Rodgers and Hammerstein song “It Might as Well Be Spring,” as well as numbers from Carousel, Hello, Dolly!, Best Little Whorehouse in Texas, and more. In 2019, Ms. Miller performed musical theatre scenes in a recital coached and accompanied by Craig Terry, then going on to portray Nanetta in scenes from Verdi’s Falstaff, Blanche in the chaotic seamstress scene from Charpentier’s Louise, the eerie voice in Menotti’s The Medium, and Suor Lucilla in a full production of Puccini’s Suor Angelica.

Ms. Miller excels in the light lyric soprano opera roles of Mozart and has a passion for lied and art song as well as oratorio repertoire. She is fluent in German and Spanish, speaks French at an advanced level, and has functional Italian. However, she doesn’t shy away from non-Classical repertoire, continuing to perform musical theatre roles, as well as folk music, gospel, and jazz.

Although she has a passion for the stage, Ms. Miller feels deeply at home in the teaching studio. She has focused on teaching since graduate school, where she completed a terminal research project in vocal pedagogy, being mentored by each of the members of the Wichita State University vocal faculty to learn from their collective experience. Ms. Miller often finds that her studies of linguistics at William and Mary tie in perfectly with her work on the singing voice, both giving her scientific grounding for vocal function, as well as providing useful knowledge for the accurate teaching of phonetics and diction. She was honored in 2012 to be one of the twelve NATS Interns selected by the National Association of Teachers of Singing from an international pool of applicants. This program allowed her to spend ten days teaching, performing, and training under the mentorship of master teachers from around the country in the company of some of the most-promising young voice teachers.

Ms. Miller is active in the National Association of Teachers of Singing, the American Choral Directors Association, and the Pikes Peak Music Teachers Association (the local Music Teachers National Association chapter) for whom she served three years as webmaster. She continually hones her teaching skills by attending master classes, workshops, and conferences. Some of her favorite past enrichment experiences include attending the bilingual 7th International Congress of Voice Teachers in Paris in July of 2009; and auditing the Heidelberg Lied Akademie in 2011 and 2012, a program under the direction of international opera star Thomas Hampson.

When not rehearsing, performing, or teaching, Ms. Miller is often found in her garden or out exploring beautiful Colorado with her husband, Daniel, and sons, Karl and Martin.

Ms. Miller is available to sing for weddings, funerals, and other occasions in the Colorado Springs area.